More marvellous than ever

Here's all you need to know about how Melbourne started.

It's a great story, befitting a great city. 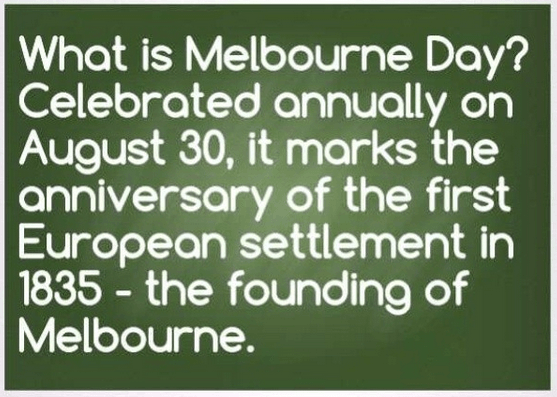 When was Melbourne founded?

It was founded on 30 August 1835 by settlers who sailed from Van Diemen’s Land (Tasmania) aboard the schooner Enterprize.

They landed on the north bank of the Yarra River and established the first permanent settlement, close to where the Immigration Museum at the Old Customs House — on the corner of William and Flinders streets — stands and the place today known as Enterprize Park.

This is accepted by the City of Melbourne, the Royal Historical Society of Victoria and Melbourne Day Committee.

Melbourne Day Committee was established to help correct the record about the founding of Melbourne and celebrate its anniversaries.

The settlers came from Launceston in search of sheep-grazing land.

Land had become expensive and there had long been stories told by whalers and sealers working in Bass Strait of fertile land to the north.

This was the southern part of the colony of New South Wales, which the Colonial Government did not want settled at that time.

After the Henty family crossed Bass Strait and settled at Portland in 1834 others quickly followed.

The north bank was chosen because a small waterfall, or rapids at Queensbridge Bridge stopped further progress up the river.

The Falls also separated tidal movement, providing a vital supply of fresh water. The site had previously been noted by the colony of New South Wales' surveyor, Charles Grimes, in 1803.

Shouldn't Aboriginal Australians be acknowledged as the first people of this land? 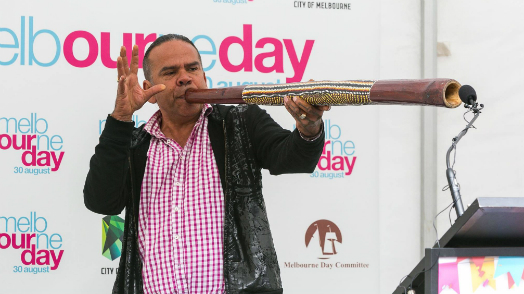 Definitely. The five groups who form the Kulin nation are acknowledged as the first people and traditional owners of the land that became Melbourne, and who lived here for tens of thousands of years before European settlement.

Melbourne Day is also a time to celebrate and support our city's indigenous culture and heritage, and also to remember the impact of European arrival on the people of the Kulin nation: the Wurundjeri (Woiwurrung), Boon Wurrung, Taungurong, Djajawurrung and the Wathaurung.

Why is the Enterprize special?

The topsail schooner Enterprize you see today is a full-size replica of the one that brought the settlers.

She is a symbol of Melbourne Day, reminding us of the story of how Melbourne was founded.

Her keel was laid at Polly Woodside Maritime Museum in 1991, and the $2.5 million, 27m vessel was launched by Felicity Kennett on at Hobsons Bay on 30 August, 1997.

Founded by Enterprize, built on enterprise. It's in our DNA

The original ship was bought by John Pascoe Fawkner in April 1835 specifically to search for a suitable place for a settlement in the Port Phillip District.

After helping establish Melbourne, the original Enterprize continued operating as a coastal trading vessel for a number of years.

She eventually disappeared off the shipping register in 1847, having been wrecked on a sand bar in the Richmond River in northern NSW, with the loss of two lives.

The replica is managed by the Enterprize Ship Trust Opens in new window , a not-for-profit organisation.

Who were the first settlers?

The first settlers were those on board the Enterprize — her crew and passengers:

Enterprize set sail on her historic voyage from Launceston on July 21, 1835, stopping at George Town in northern Tasmania where creditors detained Fawkner.

He was therefore not part of the first trip to Melbourne. Enterprize then left on August 1 under the command of captain Hunter. The expedition was led by John Lancey, Fawkner's delegate.

The party first considered Western Port and the eastern side of Port Phillip for a place to settle, before deciding on the Yarra’s north bank — known today as Enterprize Park.

On Sunday, August 30, they disembarked and began to erect shelter, build a store and clear land to grow food, thus starting the permanent European settlement of Melbourne.

Records show they planted radishes and five acres of wheat, on the corner of Flinders and Spencer Streets.

Was it Fawkner or John Batman?

Neither of them founded the city.

Their names appear side by side in history, even though they were bitter rivals.

Both believed they were the rightful founder of Melbourne, and they significantly shaped early Melbourne.

But the founders were the passengers and crew of the Enterprize, the so-called "Fawkner party" — "five men, a woman, and the woman's cat — were the bona-fide founders of the present great metropolis," wrote Garryowen, one of the city's first journalists, in his important Chronicles of Early Melbourne 1888.

There has been much disputation as to whom should be accorded the honour of the ‘white foundation of the colony', and, after much consideration of the question, I have arrived at the following conclusion, which, to my mind, appears irresistible — That the Grimes party were the first European arrivals at the site of the future capital [...] That Batman was the first prospector of Melbourne and Geelong. That (not Fawkner, but) Fawkner's party – five men, a woman, and the woman's cat – were the bona-fide founders of the present great metropolis.

John Batman established a camp at Indented Head on the tip of the Bellarine Peninsula in June 1835. He did sail in his ship Rebecca into the mouth of the Yarra and set off on foot along the Maribyrnong River looking for Aborigines to sign a "sale agreement" to buy land.

He returned to the Rebecca to sail back to Indented Head but the weather was against this. While Batman waited, he sent a small boat party upstream on to the bigger river to the east (the Yarra) who, on their return, reported the freshwater falls that were to give life to a city.

On returning to Launceston, Batman and colleague John Wedge sketched a map of his controversial land purchase, showing a reserve for a village on the southern side of the Yarra close to the falls, near the area we know today as South Melbourne. The land purchase was later declared null and void by the government.

The Enterprize, however, had since bumped into the falls, moored on the north bank and Melbourne was born — on 30 August 1835.

Fawkner eventually arrived on 16 October with his family, as passengers on the Enterprize's second visit.

Batman came on 9 November. He brought his wife and seven daughters in April 1836, and they settled at Batman's Hill. Their only son, John Charles, was born a year later.

They were graziers, not explorers?

Yes, the first settlers came looking for land. And although the government objected, events unfolded that could not be stopped.

Because of the action of those from the Enterprize, the great city of Melbourne was founded.

How is this acknowledged?

Each year the city holds events and activities to mark 30 August, and to recall the steps that made it happen.

At Enterprize Park there is a 20m flagpole as part of a permanent monument.

Was one of the settlers pregnant?

She was 18, the only white woman in Melbourne, and gave birth to a son, the first white child born in Melbourne on 29 December 1835.

As servants of John Pascoe Fawkner, Mary and husband blacksmith James Gilbert were in the original party of settlers who landed from the Enterprize.

There is a statue of Mary in the Fitzroy Gardens' conservatory by sculptor Ailsa O'Connor.

A little-known fact that kids love hearing is that Mary brought with her a cat, Melbourne's first. He's been named Gilbert, the Tassie tabby.

The story is true.

Mary Gilbert brought a cat with her to Melbourne, dubbed Gilbert, the Tassie tabby.

The settlers also brought supplies to help establish a settlement.

Cats were particularly useful in those days — to help keep ships and dwellings free of rodents.

What happened to the waterfall?

The waterfall was originally alongside today's Queensbridge Bridge.

The Falls were dynamited in the 1880s as part of civic works to straighten the Yarra River to stop it flooding. 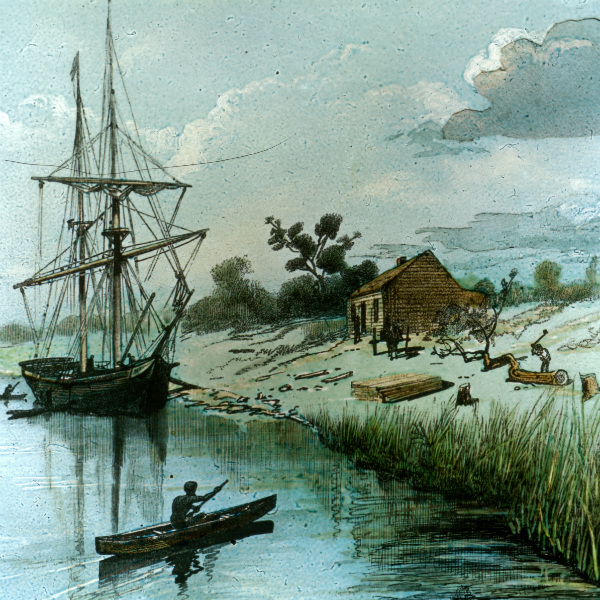 The beginning: How it looked in 1835, as seen from "the Falls"    . Photo source: Gordon H. Woodhouse, photographer, and Schell, Frederic B. artist, circa 1925, State Library of Victoria.

How did Melbourne get its name? 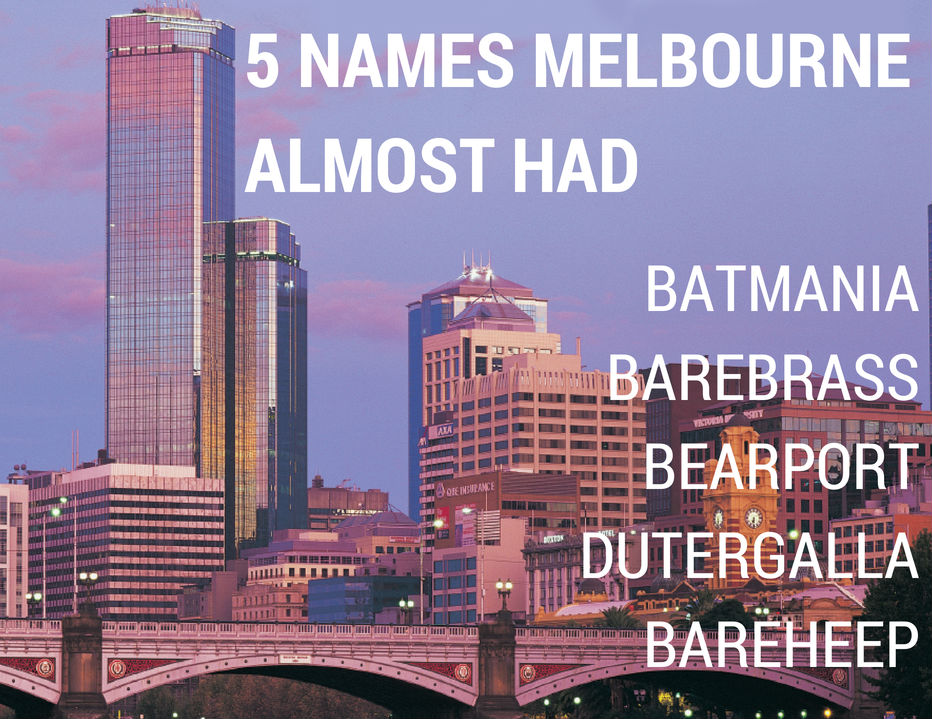 Melbourne had many unofficial names in its first years, including Batmania, Barebrass, Bearport, Dutergalla, Bareheep and most popularly "the Settlement".

But Governor Sir Richard Bourke overruled this, and on his visit in March 1837 decided on Melbourne — after the then British Prime Minister William Lamb, 2nd Viscount Melbourne, who resided in the village of Melbourne in Derbyshire in the English Midlands.

Our Derbyshire namesake is also known for the birthplace of Thomas Cook, founder of the world-wide travel agency.

What is the Melbourne flag? 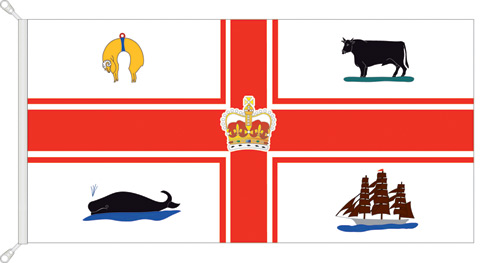 The City of Melbourne flag features a white background divided into four quadrants by the red cross of St George, the patron saint of England, and inspired by the English flag.

The flag is identical to the official Coat of Arms, which itself is adopted from the common seal approved in 1843.

In its centre is a royal crown, signifying our link to the British Monarchy.

The four other items are: a fleece hanging from a red ring, a bull, a ship and a whale.

These cantons represent the main activities on which the economy of Melbourne was based in the mid-19th century: wool growing, cattle raising, shipping and whaling.

The flag is special, and can be seen at Enterprize Park, atop Melbourne Town Hall, on the bonnet of the Lord Mayor's official car, atop the Enterprize's mast and a few other places.

Hey, kids! Download your own flag to colour in and fly at home

Get my colour-in flag

History: did you know?

The names John Batman and John Pascoe Fawkner often appear side by side, even though the two were bitter rivals during their lives. Both men believed they were the rightful founder of Melbourne.

John Batman was born in Parramatta, New South Wales, on 21 January 1801. His father, William Batman, was an ex-convict transported for receiving stolen goods. John was the first child to be born in the new colony, but the family soon grew to five sons and one daughter.

When John Batman arrived in the Port Phillip District in 1835, he approached indigenous leaders (in Melbourne's northern suburbs) with a contract to "buy" their land.

His negotiations were successful, and on 6 June 1835 walked away with 240,000 hectares — almost all of the Kulin nation’s ancestral land.

However, this transaction — the infamous Batman "deed" — had no legal standing and was quickly ruled invalid by the government, saying the land belonged to The Crown.

And today, even the exact location of where the treaty was signed is disputed.

Born in England in 1792, John Pascoe Fawkner came to the Port Phillip District for the first time when he was 11 years old. His father was sentenced to 14 years transportation for receiving stolen goods, so in 1803 the family came to Australia on the Calcutta.

Legend has it that John Pascoe Fawkner wrote a constitution for his dream colony — behind the bar of a pub in Tasmania sometime in the 1830s. His hope was that this constitution would one day ensure equality for all, whether convicts or free settlers. Whatever its origins, the constitution is evidence that Fawkner saw a new colony as an opportunity to make a better society.

Melbourne, shaped by the Yarra

The Yarra River is not big by world standards, nor even very clear. But this sepia-coloured river has had a big impact on shaping Melbourne — the city that grew on its banks. It runs for just 242 kilometres from its source at Mt Baw Baw in the Yarra Ranges, to its mouth at the head of Port Phillip Bay at Newport.

When was Melbourne founded?

Shouldn't Aboriginal Australians be acknowledged as the first people of this land?

Why is the Enterprize special?

Who were the first settlers?

Was it Fawkner or John Batman?

They were graziers, not explorers?

How is this acknowledged?

Was one of the settlers pregnant?

What happened to the waterfall?

How did Melbourne get its name?

What is the Melbourne flag?

Melbourne Water's history of Melbourne and how the Yarra shaped us