"Melbourne is bouncing back to be stronger, better and more marvellous than ever," Melbourne Day chairman Campbell Walker says.

"We can reclaim our No 1 World's Most Liveable title by pulling together and tapping into what made us marvellous in the first place – our unbreakable community spirit, belief in Melbourne and unstoppable entrepreneurial can-do." 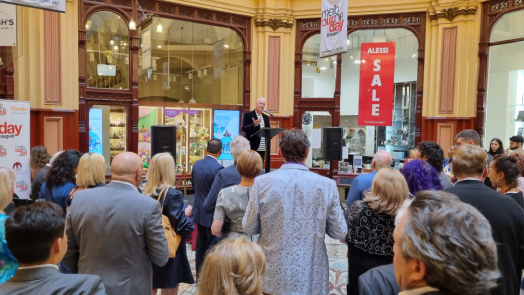 Held at the historic Block Arcade, glistening anew after seizing the COVID lockdowns to complete a top-down renovation, the 16 March event outlined how to get back Melbourne's sparkle and it's No 1 city prize.

Committee member John Panteli says: "It was fantastic to feel Melbourne alive again. It's been so long since we were able to all come together as Melburnians. Work to reclaim our No 1 city title begins now."

Your energy, heart and soul that made us one of the world's most liveable cities - an envy of the world - is unstoppable.

The mojo is storming back. We're reopening to be the Melbourne you love, like never before.

The birthday party of the year

Join the celebrations on Melbourne Day, 30 August, to cheer your city and hoist the Melbourne and Aboriginal flags atop the 20m flagpole at Enterprize Park.

Don't stop until we get back our No 1 World's Most Liveable City trophy.

Now in its ninth year, the Melbourne Day Committee-run competition aims to raise awareness about Melbourne and our city's incredible Aboriginal history and culture – and instil civic pride by highlighting our journey since being founded on 30 August 1835. 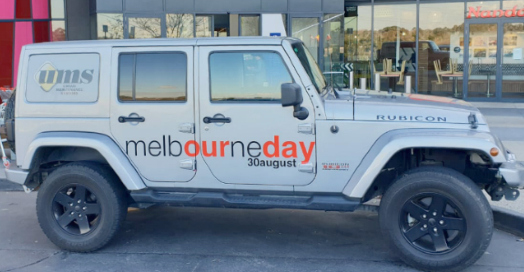 Get Melbourne Day details straight to your inbox. 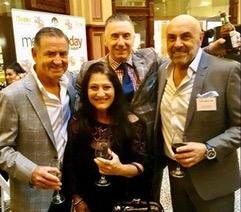 Getting back to No 1: Leading Melburnians call for efforts to reopen, reignite and shine a positive light to win back our city's No 1 Most Liveable title. 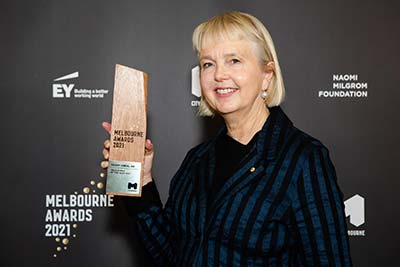 Prominent businesswoman and Richmond Football Club President Peggy O'Neal AO is 2021-2022 Melburnian of the Year for her work in advocating for women in leadership roles.

Now in its 18th year, the Melbourne Awards celebrate the inspirational achievements of people and organisations whose passion and commitment help make Melbourne one of the most liveable cities in the world.

The awards, started in 2005 by Melbourne Day Committee and the City of Melbourne, have expanded to honour significant contributions in the areas of environmental sustainability, community, multiculturalism and strengthening Melbourne's profile. 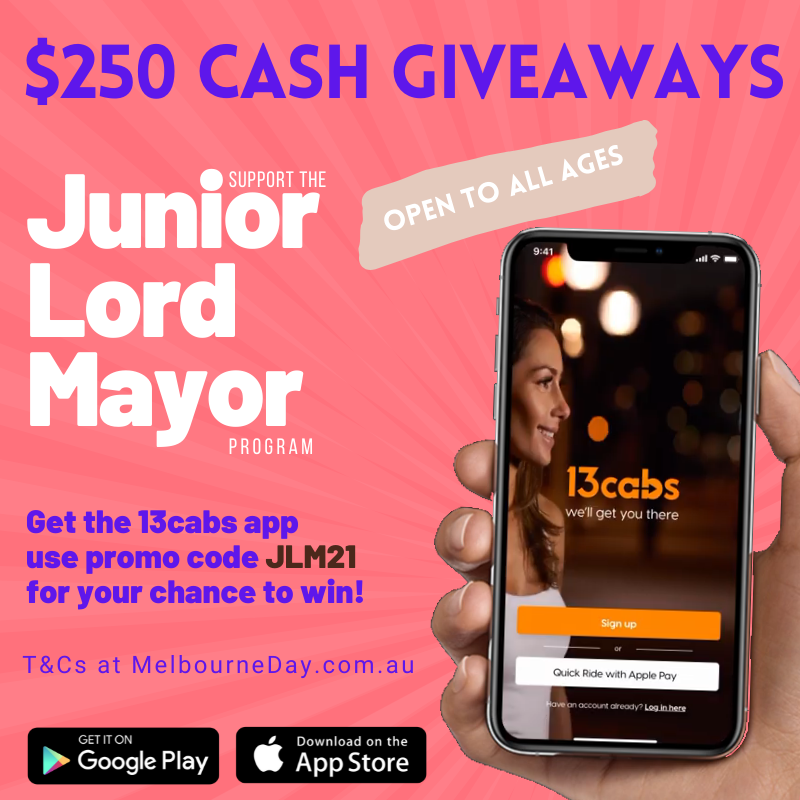 The State Library's exhibition has been transformed into a virtual tour to explore online. Learn about the spirit of activism and invention, and its impact on modern Victoria, through four everyday themes: water, workers’ rights, camping and coffee.

Showcased are more than 150 objects, artworks and photographs revealing the large and small ways you can make a difference in shaping our world. 90 per cent of the items have not been exhibited before.

Give Our Day the thumbs up

Do it for Melbourne: spread the word Opens in new window